5 Awesome Places Amtrak Can Take You!

Thinking about discovering a new and different destination in the U.S. this year? Chances are Amtrak can take you there! From the buzz of the big cities to the pristine beauty of America's national parks, there really isn’t any part of our great country you can’t get to by train! Consider taking the scenic route on the train for your next U.S. vacation and avoid the crowds, the traffic, and the stress. Read on for some inspiring places the train can take you!

There’s nothing on Earth quite like seeing an erupting geyser sending jets of hot water and steam hundreds of feet into the air. These are only a handful of places in the world you can see this spectacular phenomenon, and of those, Yellowstone National Park, which contains half of the world’s known geothermal features, is arguably the best. Yellowstone was the world’s first national park, dedicated in 1872 to preserve and protect the hundreds of geysers, hot springs and thermals of the area, as well as the wide variety of wildlife that thrive in the region. In those early days, visitors arrived primarily by train into West Yellowstone, near the main entrance of the park, much as they do today. While there are now other ways to get to the park, the train is perhaps the most enjoyable and relaxing, and nothing can compare to those views out your window! Amtrak rail vacations featuring Yellowstone National Park: Grand National Parks with Yellowstone, Yosemite, and the Grand Canyon Yellowstone to Yosemite by Rail America’s National Parks

2. THE BIRTHPLACE OF JAZZ 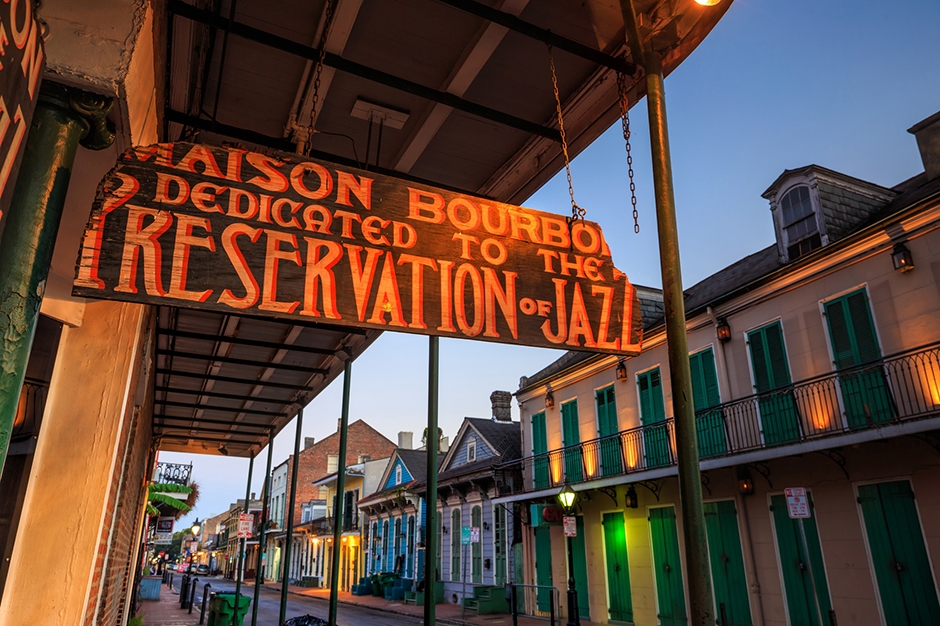 Jazz lives and breathes in the city of New Orleans, naturally having been born and raised there. Music oozes from every corner of the city, from the neon lit clubs of Bourbon Street to the more toned-down vibe of Frenchman Street. Music is a year-round pursuit in The Big Easy, so it doesn’t have to be Mardi Gras to have a good time. Many choose to make the journey to ‘The Big Easy’ by train, getting the full experience of a different time and a slower pace. As the train pulls into New Orleans Station, you’ll immediately feel the energy and the musical heart of this great city. Amtrak rail vacations featuring New Orleans: Jazz Blues & Rock ‘n’ Roll New Orleans Ultimate Getaway Blues & the Bayou

3. THE GRANDEST OF CANYONS 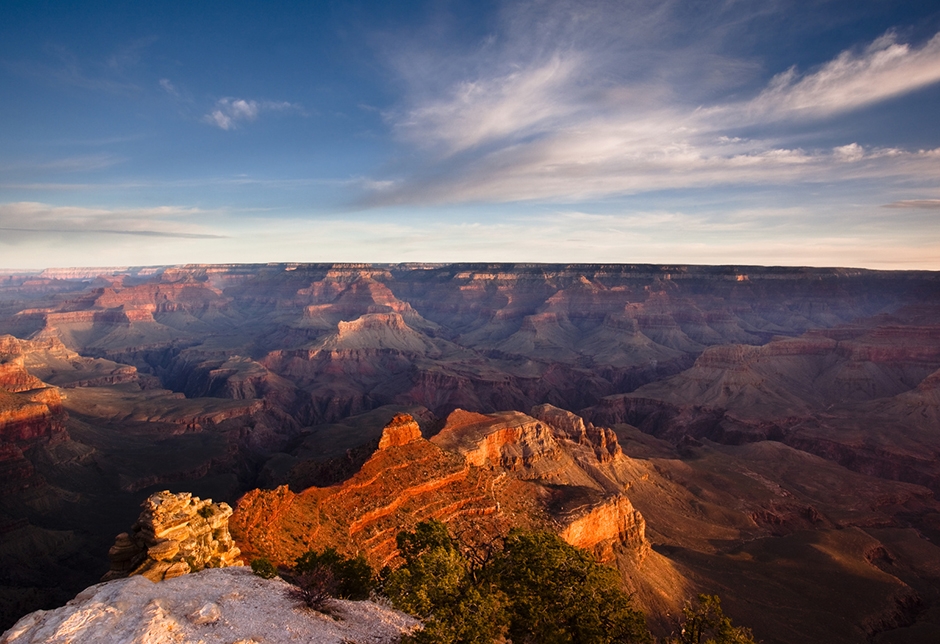 To experience the Grand Canyon in Arizona is to have all your senses stimulated at once, and the feeling is nothing short of amazing. From its sheer size to the range of colours of its hundreds and hundreds of layers, no other natural sight on Earth is quite as awe-inspiring. Knee-buckling views are in abundance around the entire rim of the Canyon, and easily accessible to people of all ages and activity levels, making the Canyon one of the most popular attractions in the world. Grand Canyon National Park encompasses the entire Canyon and the surrounding area, and Amtrak’s classic California Zephyr train route enters into and out of adjacent Williams, Arizona every single day. Once to Williams, take the scenic route into the South Rim of the Canyon on the Grand Canyon Railway, featuring panoramic views from the train's luxurious dome car. Amtrak rail vacations featuring the Grand Canyon: Rails to the Grand Canyon Grand Canyon Explorer Grand Canyon Getaway 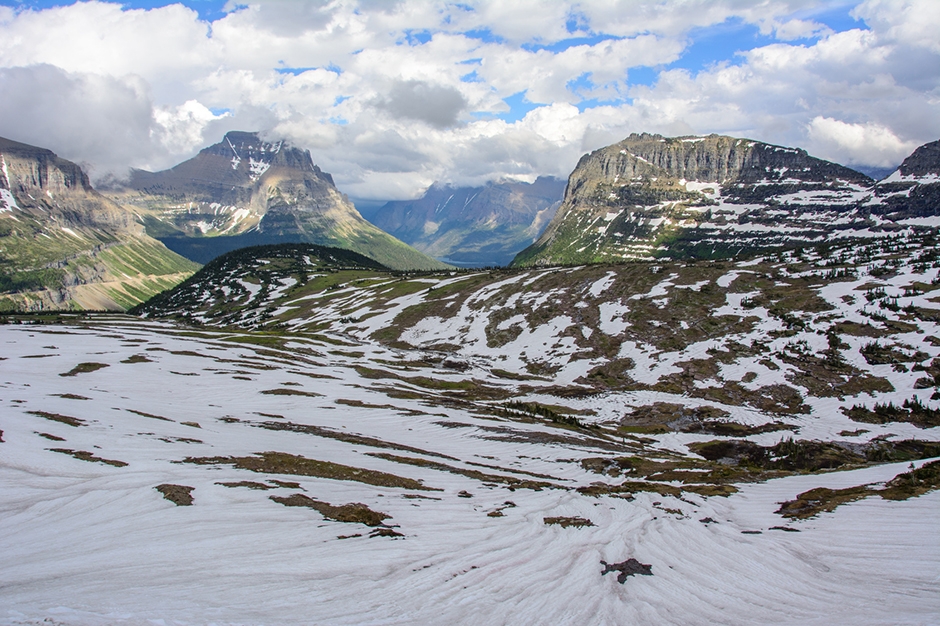 The visual treats are so abundant at Glacier National Park in Montana that it’s easy to understand why the park is considered the “Crown of the Continent”. Discover crystal clear lakes, green valleys, jagged mountains, ample wildlife and yes, glaciers. Twenty-five of them to be exact. The Athabasca Glacier is the most accessible, with tours giving visitors of all ages the opportunity to experience what it’s like to walk on one of these massive ice formations. Amtrak’s iconic Empire Builder train route is the perfect way to get to the park – the station is literally just steps away from the entrance to the park and to the famous Glacier Park Lodge, where you can stay in luxury and comfort while experiencing those incredible views. Amtrak rail vacations featuring Glacier National Park: Glacier National Park Express Grand National Parks with Grand Canyon, Yosemite, and Glacier National Park Glacier National Park and the Canadian Rockies by Rail

A designated World Heritage Site, California’s Yosemite National Park is famous for its ancient Giant Sequoias, which can grow as tall as a 26-story building, have branches up to eight feet in diameter and live up to 3,000 years.  Of course, the park is also known for its soaring granite cliffs and tumbling waterfalls, as well its abundance of wildlife species including black bears, mule deer, coyotes, peregrine falcons and golden eagles. But it’s the gentle giants - the Sequoias – that blanket the park and give it its distinctive beauty and grandeur. Amtrak rail vacations featuring Yosemite National Park: Grand National Parks with Grand Canyon, Yosemite, and Glacier National Park Rocky Mountains to Yosemite Yellowstone to Yosemite by Rail   For more information on all the exciting places the train can take you, visit our WEBSITE!

5 Holidays That Will Make You Love Overnight Train Travel

Imagine travelling with no roads, no traffic, and no stress. Just miles and miles of natural scenery...

The Pacific Northwest and the Canadian Rockies encompass many things. This beautiful corner of North...

7 Stunning US National Parks to visit in 2021

My latest adventure to the states, I decided to travel by train. This is a ‘thing’ apparently – and...